[Audio and Video] Mastering the Art of Observation

[Audio and Video] Mastering the Art of Observation available for digital download.

Reading body movement isn’t all what it is promoted to be. Reading the nuances of muscle movement is more accurate these skills can also be developed into reading emails, how they are written to analyze how a person is speaking on the phone. What would you say if you could close a sale by watching which way they tilt their head?
Learn this and more as we join Terry Earthwind Nichols’ and see how he uses stories and observations to show you how you can be a “Master of Observation.” 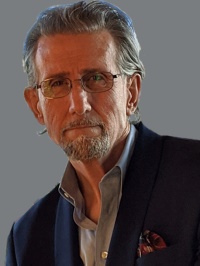 Terry Earthwind Nichols works with people who are at their wits end. They know something is in the way of their success, and they just can’t put their finger on it. After standing on the edge of a 28 story building, Terry heard a voice saying, “I have something for you to do.” Within 6 months he had created a process that helps his clients find a forgotten memory from early childhood that has consistently been controlling their life and driving their behaviors.

After leading a life of self-sabotage, Terry was relieved to get off of the proverbial Merry-Go-Round himself.

When he’s not training his Repetitive Behavior Cellular Regression® Practitioners online all over the world, Terry can be found doing intriguing interviews, planning his next vacation, or savoring a Maker’s Mark Manhattan at his favorite restaurant in a suit he designed for himself. His favorite song is…you guessed it…Sharp Dressed Man written and performed by ZZ Top.

12 reviews for [Audio and Video] Mastering the Art of Observation

There are no reviews yet.

[Audio and Video] Show Up Strong